Ectopic pregnancy will unavoidably result in abortion or rupture. Ultrasound examination and β-hcg measurement are required, regarding symptomatic women with positive pregnancy test, in order to early detect cases of ectopic pregnancy. Here we report a case of a woman presented to the emergency depart- ment with acute abdomen and hemodynamic instability. History revealed a period of amenorrhea of 13 weeks and pregnancy test was found positive. Sonographic examination showed left adnexal swelling with viable fetus inside, hemoperitoneum and thus immediate laparotomy was decided. Left salpingo-oophorec- tomy was performed and post-operative course of the patient was uneventful. According to this case, ec- topic pregnancy should not be eliminated from differential diagnosis when it comes to pregnant women with relevant clinical presentation, even in advanced gestational age.

A 31-year-old nulliparous woman attended to our department with sudden onset of acute lower abdominal pain that started before 8 hours. Medical history revealed a period of amenorrhea of 13 weeks before which her menstrual cycle was regular. 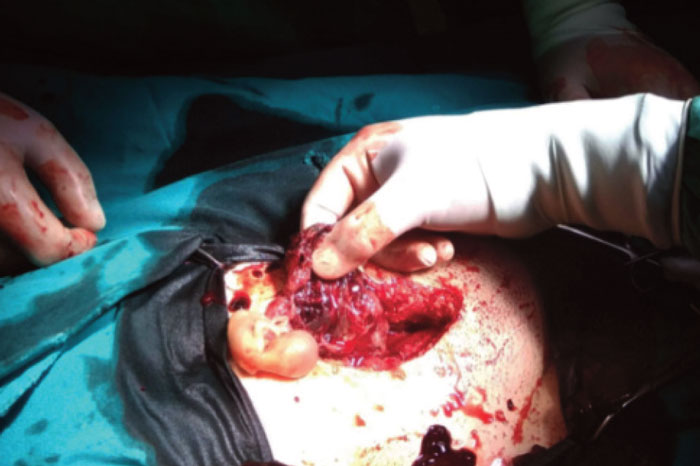 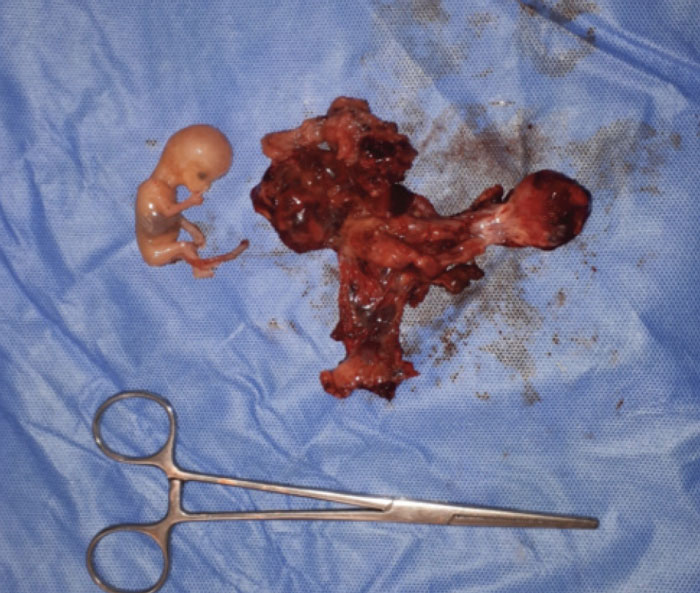 Figure 3. Left Adnexa with placenta and fetus of 13 weeks of gestational age.

Post-operatively, the patient was strictly followed up, she received 1 unit of packed RBC’s and her vital signs were shortly improved. The intra-peritoneal drane was removed two days later and she was discharged on postoperative day 5.

Natural Methods to Assist Delivery during the Second Stage of Labour: Part I: Positioning and the Role of Intrapartum Ultrasound

Natural Methods to Assist Delivery during the Second Stage of Labour: Part II: Timing and Type of Pushing

Myo-inositol supplementation as a preventive consideration for gestational diabetes mellitus

Nerve tissue into mastectomy scar. Its trap may lead to chronic pain?