The case is that of a 32-year-old lady, gravida 9, para 2, who presented to the emergency department with a one-day history of pelvic pain and pain over her buttocks. She believed she was approximately five weeks pregnant and was very anxious as she believed the symptoms she was experiencing were the same as those of her last two ectopic pregnancies. She denied any vaginal bleeding, dizziness or shoulder tip pain.

She was otherwise fit and well, with no significant past medical history and no regular medications. She was a non-smoker with minimal alcohol intake.

On examination in the emergency department, she was stable. She had a normal pulse rate, and had a slightly high blood pressure of 161/85. She was afebrile and able to mobilise, however, she complained of pain when walking, and her abdomen was soft with some mild discomfort over the right side and tenderness suprapubically, but not guarding and not peritonitic. Her blood analysis results were largely unremarkable. She had a slightly raised white cell count of 11.2, but otherwise all markers were within normal range. Her human chorionic gonadotropin level on admission was 1070 and her progesterone level was 14.

Overnight she was stable with observations all within normal limits. She was then seen the following day on the ward round and on examination her abdomen was still soft, lax, with generalised lower abdominal pain. Transvaginal ultrasound showed:

Anteverted uterus. The endometrium appears regular in outline and measures 14mm at the fundus. No IU sac seen within. 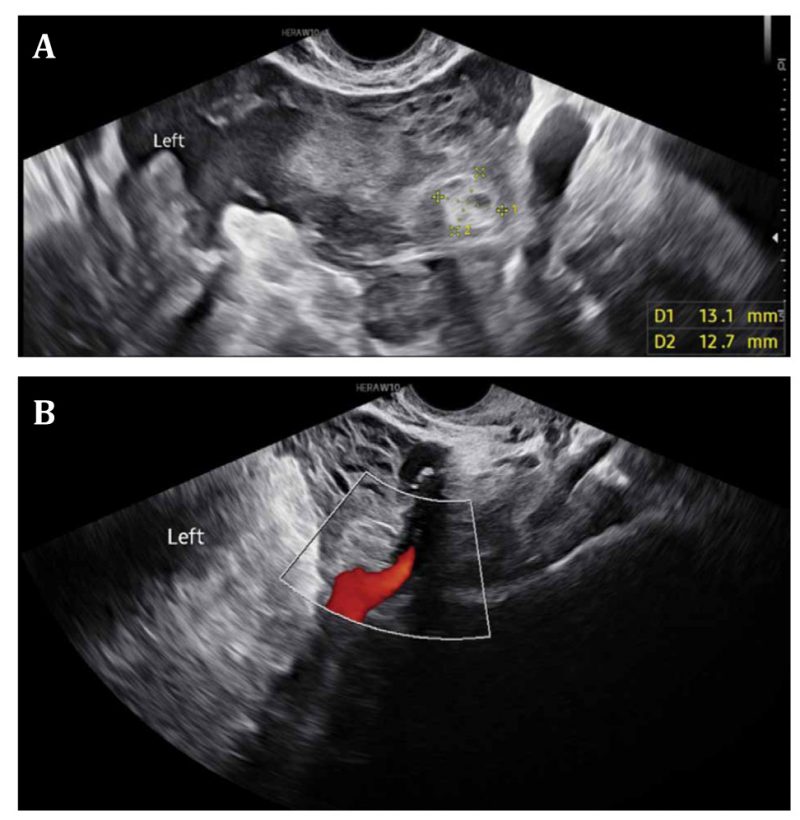 Figure 1. A. interstitial pregnancy. B. Echogenic clot in the left aspect of the uterus.

IMP: Large amount of blood/ clots in pelvis- evidence of rupture- likely ectopic ? from which side.

She was then taken to theatre for an emergency laparoscopic procedure. During the surgery there was a hemoperitoneum measuring 150 mls, as well as an interstitial ectopic pregnancy on the left uterine cornu, which was actively bleeding. The interstitial ectopic was removed via a wedge shape using a combination of bipolar and harmonic devices (Figure 2). The uterine gap was sutured using vicryl 1 and an extra figure of 8 suture was applied for haemostasis. 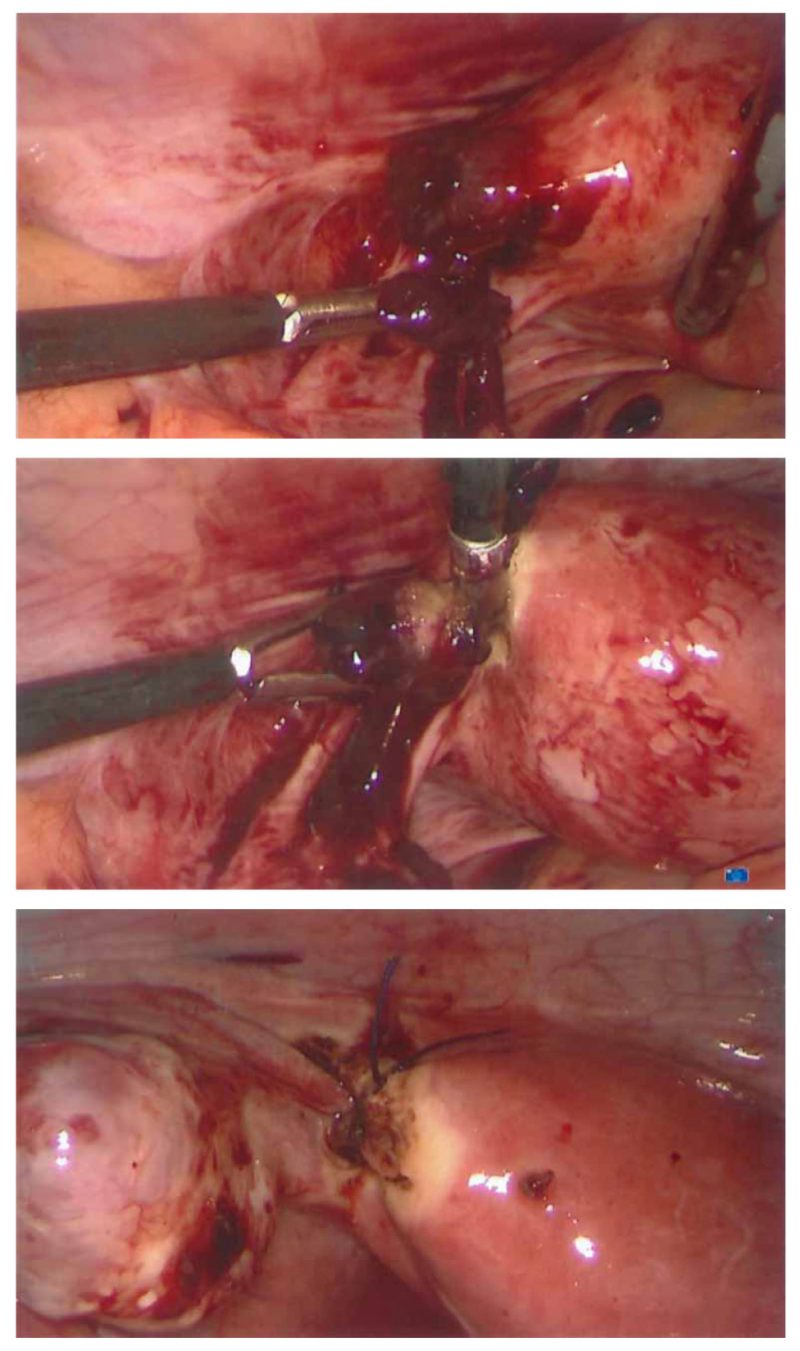 Figure 2. Removal of the interstitial pregnancy with the use of bipolar and harmonic devices and closure of the uterine defect with Vicryl 1 stiches.

Comparison of survival outcomes among patients with uterine carcinosarcoma and those with grade 3 uterine carcinoma: A systematic review of the literature

Botryoid Rhabdomyosarcoma of the cervix: A systematic review of the literature from 1937 to 2017 – all registered cases

Rare case of 4 times ectopic pregnancy on the same site